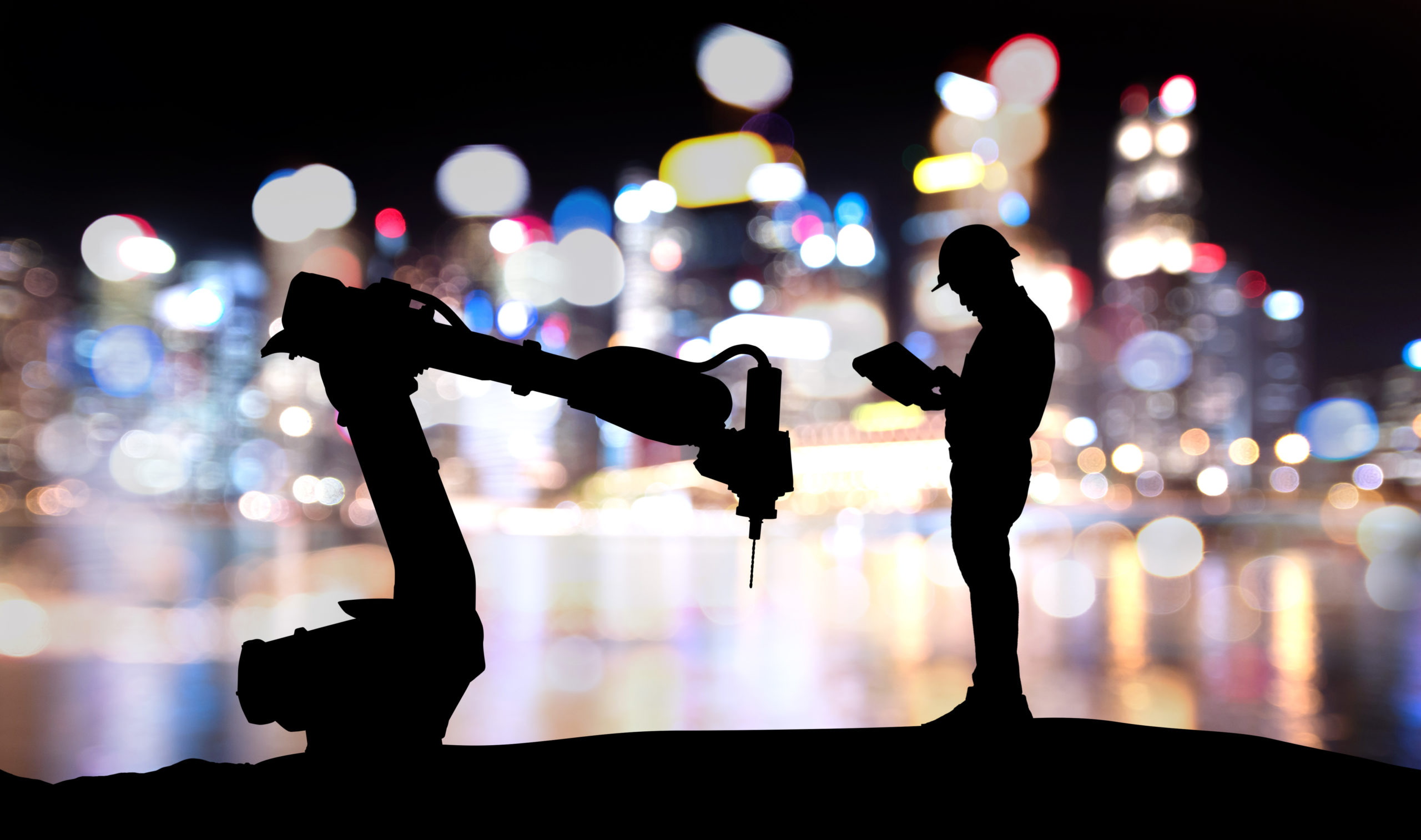 Throughout history we have seized the opportunities to create a better future for ourselves by consistently breaking barriers and propelling forwards. In the First Industrial Revolution, Thomas Savery’s pump paved the way for industrial use of steam power. In the second, Michael Faraday’s electromagnetic rotary devices formed the basis for practical electricity use. In the third, Tim Berners-Lee invented the world wide web.

We are now on the brink of the Fourth Industrial Revolution, or Industry 4.0, escorted by the technological breakthroughs in areas from Artificial Intelligence (AI) to Biotechnologies. This is the most crucial revolution yet – it will challenge our fundamental ideas about what it means to be human and how to function in a society with our robot friends.

What does the ‘Fourth Industrial Revolution’ mean?

The Fourth Industrial Revolution is characterised by a range of new technologies that are fusing the physical, digital and biological worlds. The by-product of such fusion is what all the commotion centres around: surveillance, control, detection, ownership.

AI is at the forefront of this revolution – if big data becomes the new oil, then China becomes the new Saudi Arabia. There is already movement to phase out conventional cars by 2030, underpinned by Boris Johnson’s Green Industrial Revolution plan.

Kai-Fu Lee, expert computer scientist has predicted that once AI cars are phased in, the need for humans to drive cars will depreciate if not diminish altogether. Less accidents; less traffic jams; no road rage! The future looks blue, green, yellow, pink – choose whichever colour you will. AI robots in the workplace are already a scene of the present – Amazon fulfilment centres have taken centre stage. What we are witnessing is the mere tip of the iceberg.

Governments have been accused of using inflated data and false positives to enforce lockdowns, using the authority of police to inflict violence on protestors (26th September, TSG riot police). There is dissension in professional circles about the efficacy of the vaccines that have been rolled out in quick time, and their potentially damaging side effects. Is it a clever means of population and state control, heralding a new era in state totalitarianism?!!

Whilst I don’t subscribe to any conspiracy theories re COVID, I do believe that it will be used to reset capitalism and kick start the Fourth Revolution.

What does this mean for the future?

The World Economic Forum has outlined 8 predictions for Industrial 4.0 by 2030:

While some of these predictions are conspiracy like, there is no denying that technology and AI has seeped into every part of our lives if not mutated with our DNA. You only need to think, and it’s there! Given the sheer advancement in technologies, we’re not too far away from pilotless planes, driverless cars and robotically performed surgery, all earmarked by greater efficiencies, less margins of error, and no fatigue. In fact, I can’t wait for my next summer dress to be delivered to my door via face recognition the minute it’s ordered, with, wait for it, zero carbon footprint.

Could this be momentous for society?

The biggest problem that can rise from Industry 4.0 is the increased social tensions as a result of the socioeconomic changes. We could see a job market which is crudely segregated into high skill/high pay and low skill/low pay with very little in the middle. Some jobs will become obsolete with the introduction of robots, such as deliveries, truck drivers and factory workers. It has been determined that a Universal Basic Income will be introduced and possibly paid for by the Robot Tax on corporations as advocated by Bill Gates and Elon Musk – sounds crazy right?

How do we prepare?

The best way to prepare for the incoming revolution is to stay ahead and stay connected. Companies need to invest in their technical infrastructure and data analysing, the goals of all businesses should be to become smart and connected or be left behind.

The way in which we train and educate needs to reflect the flexibility and critical thinking that will be required in the not-so-distant future. It’s Innovate vs. Vegetate. The choice is yours and it’s quite binary, forgiving the pun!

Explore our other articles here.