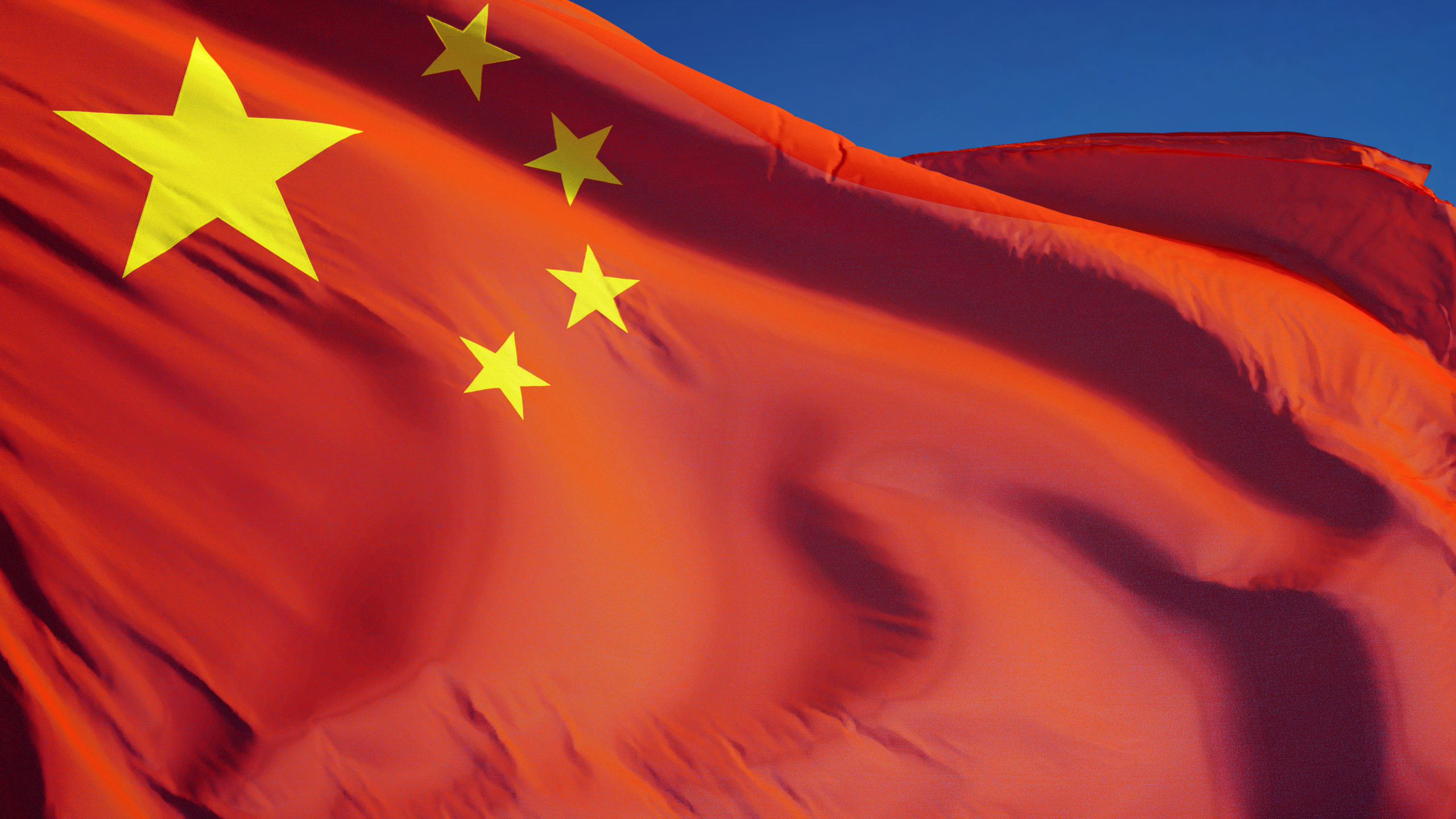 Made in China: A New Oasis for Intellectual Property Law? The Past, Present and Future of Chinese IPR

“I wish to note that intellectual property theft by a government represents the very essence of organized crime” – Howard Berman.

What China wants China gets! This overwhelming consensus appears to be coming into fruition following recent developments that China is set to leapfrog the US to become the world’s largest economy by 2028, five years earlier than previously forecast. Although future forecasts for the Chinese state portray a rosy picture, President Xi Jinping has made no secret of his desire to overcome one crucial element, the nation’s lack of a comprehensive intellectual property law system. Therefore, the question poised is whether China will be able to overcome its stained reputation, concerning the widespread circulation of Chinese counterfeit products?

Almost surgical in its precision, intellectual property law (IP) in its truest form as an intangible asset, represents a grossly undervalued yet crucial element for the competitiveness of any business globally and offers legal protection to the true masterminds of new ideas, or at least it should! Within this fora, China most concurrently depicts the impending ascension in discourse concerning the future epicentre of intellectual property litigation.

THE CHINESE IP AGENDA – at a glance.

China is yearning to become a popular, if not the most popular centre for cross-border intellectual property infringements in the very near future. With the case of Vringo Infrastructure Inc v ZTE (UK) Ltd [2014], representing the first taste of the paradigm shift to come, in terms of the Chinese becoming the innovators, President Xi Jinping is hoping China becomes the centre of innovation. However, is this likely? The jury’s out, but China has all to play for, for if it can convince the major corporates that it’s serious about protecting IP rights and will fall hard on infringements, it has even greater prospects of becoming the world’s foremost economic power.

Just as recently as January 2021, under the notorious stage lights of the World Economic Forum (WEF) itself, President Xi arguably delivered the clearest indication to date of China’s forthcoming strategy on the realm of intellectual property law. Cultivating a reputation for his ambiguous statements, President Xi’s speeches are usually loaded with obscure references, strangely at the WEF however, he most explicitly outlined the importance of bolstering the protection of China’s intellectual property rights which represented a certain maturity in ownership of this issue, as not seen before.

The domineering question now centres around whether China can eradicate its dubious past and seriously transform its reputation to establish dominance within this already crowded airspace, around principles of fair play and fair trade? If so, it sets to give China a greater unassailable economic advantage that will see it pushing even further ahead of its competitors, a prospect that caused Donald Trump sleeplessness, if not economic anxiety.

What is the significance of this swift and concise creation of this Chinese rule of law?

First and foremost, it’s a historical achievement, ‘China accomplished all this at a speed unmatched in the history of IPR protection’ (Director General of the World Intellectual Property Organisation). Although this unmatched speed is met with serious doubt, it still happened and signals intent. Is this rapid adoption artificial? Is the Chinese IP system comparable to other more economically developed countries? Using the US-based Global Innovation Policy Centre’s 2019 index of IP system rankings, we can see China scores a feeble 21.5 out of 45, which in comparison to the top-ranked USA (42.7) and the UK (42.2), is substantially inferior, but whose doing the marking? The index in my opinion does not represent a convincing and representative outlook for IP holistically as there is no identifiable link between scores and economic benefit. More worryingly is the history of misrepresented data and arbitrary scoring, a point reinforced by various senior patent counsellors internationally, therefore, it would be wise to take the index’s findings with a pinch of salt if not an altogether larger dose!

Although it is apparent that the Chinese (IP) system is far off from bring the finished article, it still remains extremely advanced and comparable to that of other developing countries. In what may represent the greatest indication of shift in changing attitudes and approach, is the recent landmark decision in the Jaguar Land Rover case in the Chinese court. The British automotive giant was able to successfully defeat the Chinese Jiangling Motors in an intellectual property case in relation to its iconic Range Rover Evoque and the Chinese company’s blatant copy of its unique features, from overall shape to taillights. Even more recently, Burberry was awarded a preliminary injunction against Baneberry (owned by Xinboli Trading) at Suzhou, China’s Intermediate People’s Court for Trademark Infringement. Both of these cases are huge and represent a quantum leap in China’s willingness to tackle unfair play and to take IP infringement much more seriously, and quintessentially, fairly. They are upholding the Rule of Law. While both these cases involve major companies with substantially large capital, would the same outcome occur for smaller, less politically influential companies? One to ponder. Nevertheless, a big step in the right direction.

CONCRETE REFORM OR AN ILLUSIONARY FACADE?

There is no denying that China has valiantly attempted to rid itself of it’s counterfeit repuation. Nonetheless, the question is whether these reforms are concrete or merely performative?

The establishment of the National Intellectual Property Court in early 2019 as a division of the Supreme People’s Court to hear appeals, is just one of the many recent large-scale efforts by China in the field of IP, showing a willingness to fix the problem and get it right. Additionally, the recent 24th meeting of the Standing Committee of the 13th National People’s Congress representatives of China voted for the adoption of the “Amendment to the Criminal Law of People’s Republic of China”, going into effect this very month. Having parallels in effect and wording to the US’ Economic Espionage Act, the Criminal Law includes numerous detailed articles on intellectual property related offences, with maximum sentences for some offences now increasing substantially. For example, the implementation of Article 217 is set to increase the maximum term of imprisonment from 7 to 10 years for copyright infringement for profit. In this illumination, China is likely to become a more viable and attractive proposition for not just patent filings, but those of copyright and trademarks as well.

Is this enough? These changes can be deemed as a fragile smokescreen and unsatisfactory as China’s continuous and widespread infringement of IP rights is likely to continue, at least in the near future. Recently damning data was presented in which China was accused of being responsible for “72% of the counterfeit goods circulated in the European Union, Japan and the United States” in 2016, with approximately “12.5%” of China’s “total merchandise exports”, estimated to be fake.

Moreover, irrespective of China’s efforts to enhance its IP system, there is doubt surrounding their ability to enforce these laws in practice. In line with this, China is routinely placed on the US governments “Watch List” in its annual “Special 301 Report” which analyses IP systems and identifies any threats and issues. Although, at the time of this writing, Finland and Canada are also placed on this “Watch List”. We also need to question the US’ interests in placing China on the “Watch List” as it increasingly becomes concerned at China’s growing economic power on the world stage. Is there an element of self protectionism going on in the US and does it serve an obvious purpose to have China so blacklisted? We encourage you to draw your own conclusions.

The cases of ZTE and especially Jaguar Land Rover should signify and represent a shift in attitude and serve as a positive sign for the Chinese economic and legal systems, especially for the very largest foreign multinational companies. However, for smaller organisations with significantly less capital or political influence, landmark decisions and judicial rulings are unlikely to swing their way, for now.

There is still a long way to go before China can feasibly be valorised as an alternative oasis or the go to hallmark for intellectual property law standards, however, it is undeniable that steps are being taken in the right direction. China is evidently taking steps to strengthen IP rights through civil, criminal and judicial enforcement and this can only be a good thing.

The next decade is set to become instrumental in revealing China’s true intentions for its proposed overhaul of its IP system. Will China actually be able to drive innovation and become a new oasis for IP law? Or will it be proven that this “innovation” is just a means to an end in its relentless pursuit of becoming the world’s largest economy? Only time will tell.

As of now, while China’s ability to accommodate smaller foreign companies and afford them the same IP protecions still needs working on, I am quietly confident that within the next decade, China will become one of the largest dispute hubs in the intellectual property hemisphere given its already vastly superior capabilities of a major goods producer. One must at some point follow the other and China is set to exploit both!